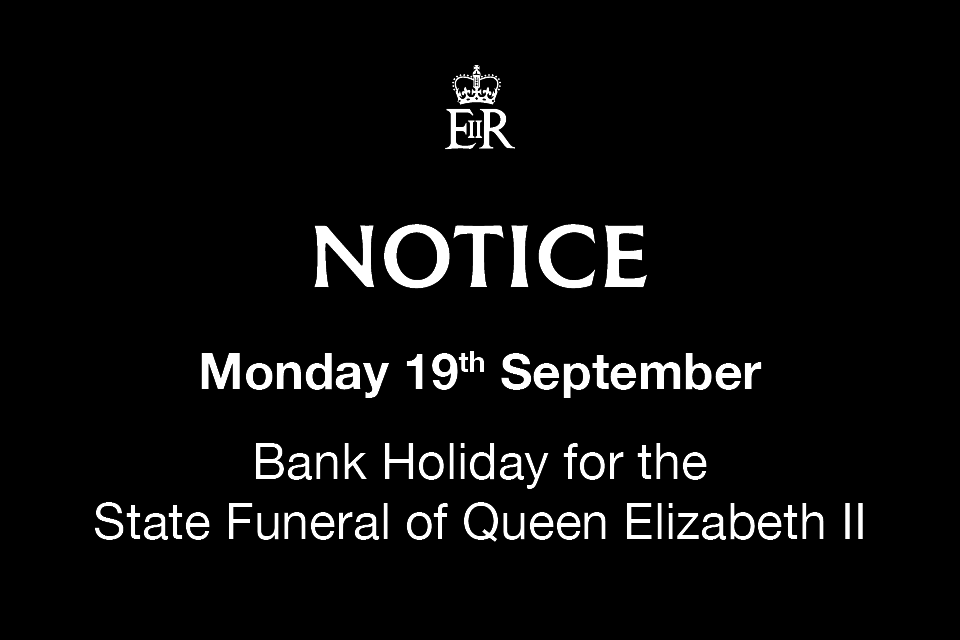 Frontline Collections will join with people across the United Kingdom and indeed, across the world in mourning the sad loss of Her Majesty, Queen Elizabeth II

The announcement was made by the Government that the Queen’s state funeral on Monday 19th September 2022 is to be a National Bank Holiday as people mark pay their respects to the greatest monarch that has ever lived.

We wish to advise that as a mark of respect for her Majesty and the entire Royal family, our offices will be closed on Monday 19th September accordingly and will re-open on Tuesday 20th September at 0830 GMT

Thank you for your understanding and God bless the Queen.